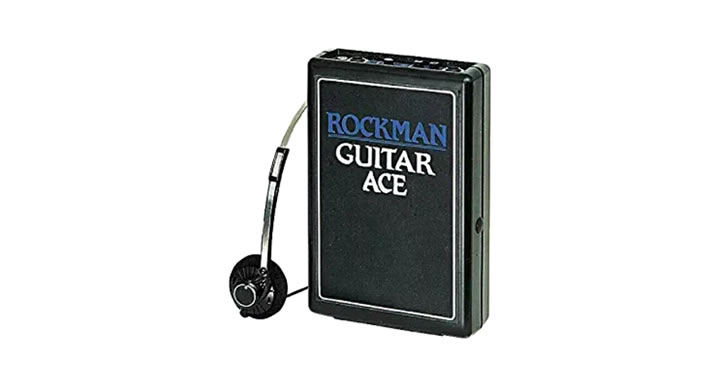 When I was just learning to play guitar, at age 18 (about 30 years ago), I went to a friend's house for a neighborhood picnic. Some dude started talking with me about music and, as it turned out, he played guitar too.

He just happened to have his guitar in his car, which he was eager to show to me, since he had just finished building it himself in his basement. He felt it would be a bit rude for us to plug in to an amp in the middle of the neighborhood party, so he brought in the next best thing, a Rockman, originally produced by [Tom Sholtz][1], guitarist for Boston.

The significance of Tom's involvement with this headphones amp is the sound itself. If you dig the classic rock chorus sound of Boston, well, Mr. Sholtz invented it! So, the Rockman has always featured the stereo separation, panned effect you would hear in Boston songs even after the product rights were sold to Dunlop in 1995.

The main functional difference between the Dunlop Rockman Guitar Ace and the IK Multimedia's iRig is that the Rockman works directly with your guitar, effects rig or sound board. It is not intended to be connected to your phone.

You can easily connect the output of your stereo to the Rockman and jam on headphones to your favorite songs. You can also do that with the iRig, but you would access those songs through your phone. Same concept, different source of songs.

If you live in an apartment, or with parents that cannot stand blazing loud guitar, the Dunlop GA Rockman Guitar Ace

is one of the standard go-to products that has served guitarists and musicians for many years. Performing musicians love its sound so much that many even use it on the live stage as a pre-amp for their main sound output.

This user is the primary contributor to the Music Mates blog.